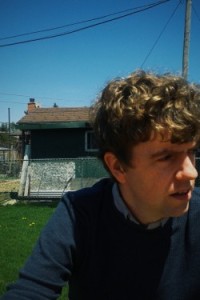 Sam Shelstad lives in Toronto, Ontario. His debut novel, Citizens of Light, will be published this fall by Brindle & Glass. His first book of short stories, Cop House, was released by Nightwood Editions in 2017. His stories have appeared in The New Quarterly, Joyland, Prism International, Carousel, The Puritan, Grain, The Fiddlehead, The Feathertale Review, The Dalhousie Review, and The Rusty Toque. He was longlisted for the CBC Short Story Prize, a runner up for the Thomas Morton Memorial Prize, and a finalist for a National Magazine Award. His work was featured in Joyland’s “best of” anthology, Retro 4. He contributes to McSweeney’s Internet Tendency.

Sam is represented by Samantha Haywood at Transatlantic Agency